How and Why Bacteria Becomes Antibiotic Resistant

It’s one of the greatest medical problems of our time. GPs have become reluctant to prescribe antibiotics to patients in case their medical problem is viral; sometimes, symptoms are similar and they feel they have no choice. But by taking too many antibiotics, our bodies allow harmful bacteria to become antibiotic resistant to the medicines that were once guaranteed to kill them off.

In a recent study, it came to light that around 88% of people believe antibiotic resistance occurs when our body begins to resist antibiotics. This is untrue; while the resistance to existing antibiotics does occur inside the human body (as the host), it is the bacterial makeup that forms part of our natural body’s environment that becomes resistant. Nothing happens with our immune system – it is not reacting to the antibiotics.

The changes to how ba 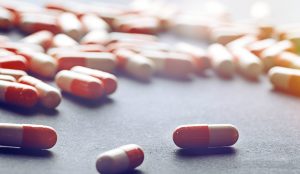 cteria functions is an evolutionary response to the mechanics of resistance. This is a natural process for every living thing. The result of increased exposure to an antibiotic is that it simply stops working – it will no longer do what it is supposed to do. There are several ways in which bacteria become resistant and one of these is by transmission of resistance.

All bacteria use natural antibiotics as a way of attacking other bacteria. This too is an evolutionary response. For billions of years, bacteria were encountering naturally-occurring antibiotics and using them in their own fight for survival. They were also developing immunity in that time. Repeated and intense exposure to modern, concentrated forms of antibiotics is accelerating resistance.

Bacteria only gains resistance from repeated exposure to antibiotics. If certain harmful bacteria didn’t encounter a certain type of antibiotic, it would eventually lose its resistance. What we have is the opposite problem. Overuse of antibiotics makes bacteria more resistant, creating a vicious circle. That is why medical researchers are looking in new places for antibiotics, to look for substances that bacteria have not encountered in a long time (potentially) and may have lost its resistance.

We’ve been using evolution against bacteria all this time and evolution is fighting back. Bacteria encounter antibiotics in large doses all the time. It develops resistance and breeds. These resistant bacteria propagate and then infect human bodies. Traditional antibiotics then do not work, increasing health problems and increasing mortality rate.

How Does Resistance Spread?

Simply, there are two ways that resistance spreads and both are fundamental to evolution. 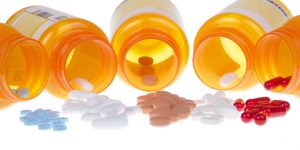 • Horizontal gene transfer is when a simple form of life transfers genetic information from itself to another of its kind. This can occur through viruses that infect bacteria, “jumping genes” or plasmids (a self-replicating genetic cell)
• Genetic mutation, one of the best-known forms of change in a biological lifeform. Not all mutations are beneficial. Those that are not will die out, and quickly. Those that are beneficial become dominant. Unfortunately, what is beneficial for bacteria is not beneficial for human patients.

It’s important to note that genetic mutation occurs anyway. It’s one of the most important and fundamental tools of evolution. However, genetic mutation occurs and is beneficial to bacteria because the antibiotic substance remains present in its environment. Horizontal Gene Transfer is beneficial to our gut bacteria as it helps our bodies develop resistance to harmful bacteria. It’s a double-edged sword.