Why You Should Not Feed Your Dog Chocolate at Easter

Reiterating a warning first issued at Christmas, the nation’s vets have once again pointed out the dangers of feeding chocolate intended for humans to pets. At both Christmas and Easter, there is an increase in pet admissions and it’s usually of dogs from chocolate poisoning. Dogs are especially susceptible and are four times more likely to fall ill at Christmas and twice as likely to do so at Easter. In some cases, the dog may be an “opportunistic thief” stealing chocolate within easy reach but sometimes, pet owners are deliberately feeding them chocolate.

Why Chocolate Can Make Your Dog Ill 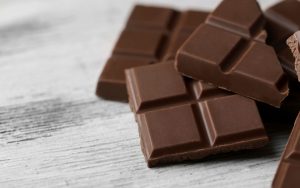 Cocoa contains a chemical called theobromine. Humans break it down much faster and are more adept at doing so. Even in humans, too much chocolate can induce illness although we will recover.

Typical symptoms of chocolate poisoning in your dog include:

All of which is distressing for the pet and for the owner. Veterinary intervention is advised, even if the dog has eaten just a small amount of chocolate. The vet will usually give the dog a type of medicine to induce vomiting, purging the stomach of chocolate. Activated charcoal will help stop the dog’s body from absorbing more theobromine. These are the minimum required treatments. In more severe cases, fluid treatment (such as a drip) and others to fight back against the toxin’s effects on the heart.

How to Protect Your Pet from Chocolate Poisoning

Prevention is always better than cure. The best step you can take is to not feed your pet chocolate designed for human consumption. As this is a much smaller problem than the opportunistic thievery of a dog, you must be mindful at all times of the location of chocolate. Keep it well out of reach. This doesn’t just mean high up. Small dogs can jump to higher surfaces such as tables and sideboards whereas larger dogs can simply stand on their back legs and reach those same units. 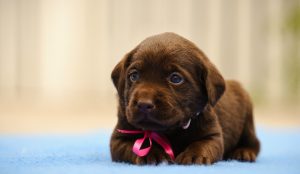 Be mindful of Easter Egg hunts. If you intend to hold one, make sure the dog is inside before you put the eggs out. Make sure all the family knows not to let the dog out before or during the hunt. It may be advisable for one member of the family to take the dog for a very long walk so they don’t have the energy to pester to go out into the garden and will have already had all the toilet breaks they need.

The primary discussion here may be about dogs, but cats are at risk too. In fact, cats have even lower tolerance for theobromine than dogs and have a higher risk of dying from poisoning. However, cats will usually not touch chocolate. Cat owners and non-cat-owners alike may put this down to snobbery and pickiness of felines, but it’s simple biology. Cats do not have the receptors for sweet flavours and will get no enjoyment from it, they will generally not attempt to even taste chocolate. However, you should ensure your chocolate is out of the way of your cats too.

What to Give Them Instead

There is, of course, nothing wrong with giving your pet some treats. But pet treats are called such for a reason. Chocolate designed for your pets have no theobromine. Instead, other flavourings are mixed to synthesise the chocolate flavour. Typically, this will include something called carob. It’s been used in human sweet treats for a long time as a cheaper alternative. Back when chocolate was more expensive than it is today, earlier generations had “chocolate flavoured” treats. These sweets used the same substance. It also has nutrients that make it healthier than chocolate.