Where Does Each Month Get Its Name? 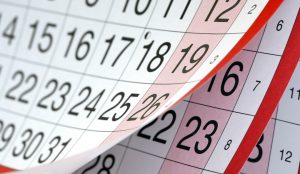 urn the first month of the calendar over from January to February, you’ve probably wondered why they are named the way they are and after what or whom. You won’t be the first to wonder why October, November and December are the 10th, 11th and 12th months and not the 8th, 9th and 10th respectively. Here is how we came to determine the names of each of the months of the year.

The first month of the year is one of two most recently added, although it was still a long time ago – during the 8th century BC. We understand it was named in honour of the Roman god Janus. Unlike most other Roman deities, he had two faces: one looking back and one looking forward. Quite apt considering New Year is a time of reflection on last year and hoping for a better year to come.

Not named after a god, but after a feast during the month. Februum was the period of purification with the actual date being the 15th. February is the shortest month with 28 days normally with an extra one in a leap year. The Romans kept a standard length but to adjust the seasons, they inserted an extra month after February of varying length (called) to bring Spring back into line.

Like many ancient cultures, the Romans placed the beginning of the year at the start of spring. March is believed to be named after the God of War, Mars. It was the month that the Roman armies would assemble in preparation for the next campaign. It was the season for several major feasts centring on spring and preparation for war.

There is some confusion over whom or what this month is named after. Some think it was named after the Roman Emperor Marcus Aurelius, a great philosopher, although others suggest it is a corruption of “Aprillis” which was the Roman name for the fourth month, the origin of the word now lost to time.

The first month of the year to be named after a Greek rather than a Roman deity, and the first goddess in the list. Maia is Atlas’ daughter and Hermes’ mother. As an earth goddess, she was strongly associated with spring and a great nurturer. The metaphor is obvious; May is the month when spring has clearly arrived – lots of colour, bright flowers and long days.

Perhaps the most obvious is the month where summer begins in the northern hemisphere. The Roman goddess Juno was one of the highest-ranking deities as the wife of Jupiter. She is the goddess of childbirth and motherhood.

If the theory about April being named in honour of Marcus Aurelius is wrong, then July is the first month named after a person. July is named after Gaius Julius Caesar, the man who began the process of turning Rome from a republic to an empire. He was not the first emperor, that was his nephew Octavian. The month was previously called Quintilis, meaning “fifth”.

Speaking of Rome’s first emperor, his name when taking up the position was Augustus (roughly translated as “venerated”). The role of emperor came with many other titles, amongst them Pontifex Maximus (High Priest) so he adopted the title. A few years after his death, the month was renamed in his honour.

These months are named simply after numbers – 7th, 8th, 9th and 10th. It’s mistakenly believed that the numbering is off because July and August were inserted into the middle of the year, pushing all four months back. But that is not the case. The Romans started their year in March and it had 10 longer months. Around 713BC, they added two more months and put them at the beginning rather than the end of the year.